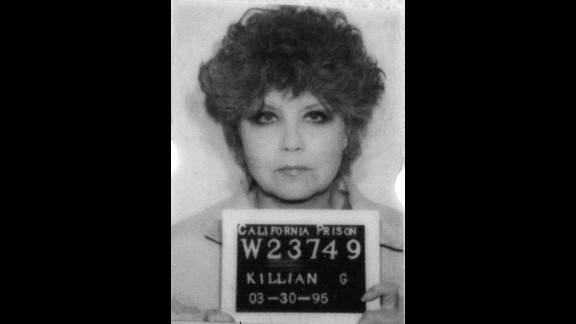 Whilst bravery remains a key asset of all our muses at Lauren Dickinson Clarke, there is perhaps no woman that has displayed so much courage in the face of adversity as Gloria Killian. Incarcerated for 17 and a half years for an unspeakable crime that she did not commit, the promising former law student had her freedom stripped away by the hands of a contriving murderer.

It seems not only appropriate, but fundamental that our latest scented candle ‘Prisoner’ pays homage to Gloria’s empowering tale of injustice. She has earnt a rightful place among the array of incredible women that characterise all of our Moody Muse candles at LDC. Yet her story is not solely one of bleak tragedy, but also redemption and wholehearted kindness in the least likely of places. Let’s take a look at how Gloria redefined the ‘Prisoner’ status forever. 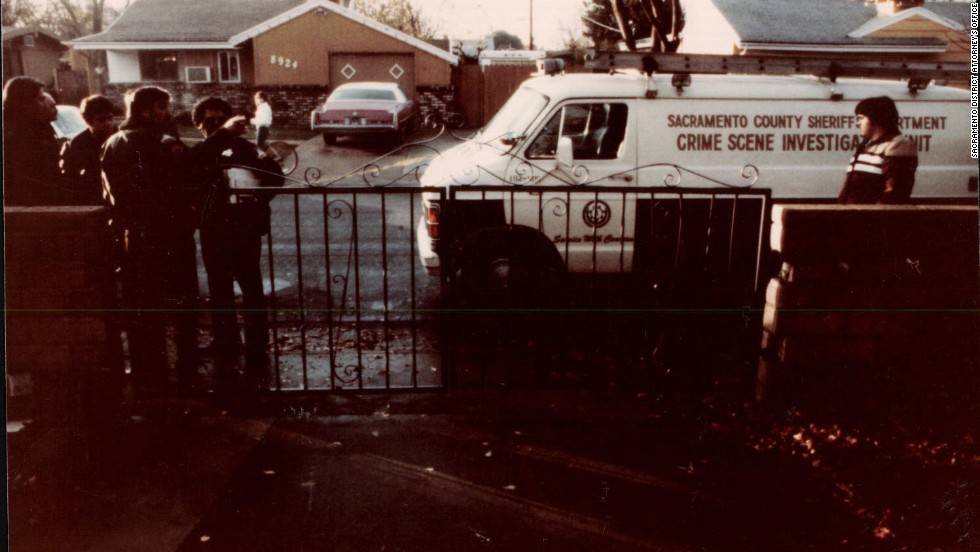 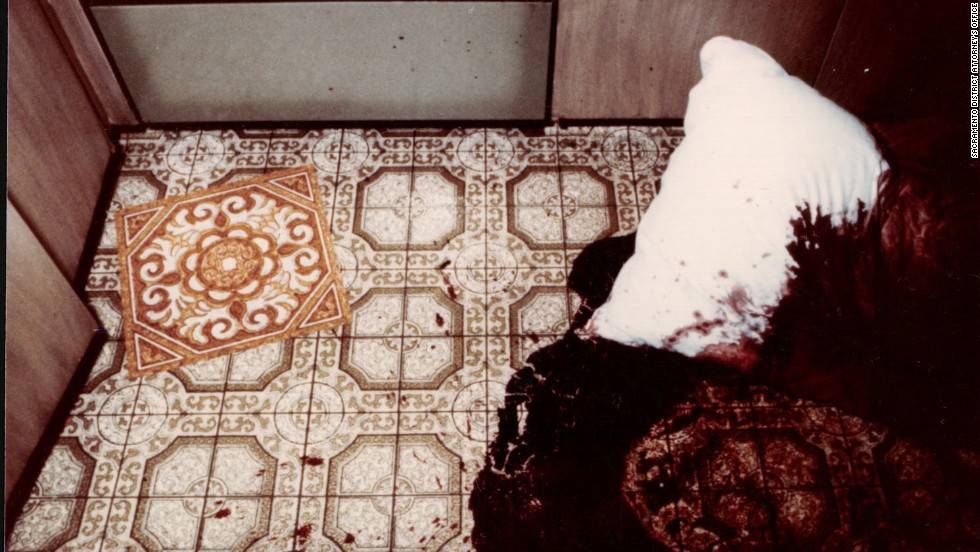 Photograph of the crime scene, 1981

It all began in 1981 California, when Gary Masse and his cousin, Stephen DeSantis, brutally burgled and murdered an elderly coin collector, robbing him of six suitcases worth of silver. Legend says that Masse’s wife, Joanne, previously visited the home and asked to use the collector’s phone in an attempt to scope out the location. Whilst the victim died at the scene, his wife was able to evade the clutches of her husband’s killers with a head wound and call for help elsewhere.

After an anonymous tip, Masse and DeSantis were arrested on suspicion of murder. Yet crafty Joanne told the officers that someone by the name of Gloria planned the entire robbery, falsifying that she was a mutual friend of her husband. Without even a parking ticket to her name, 35-year-old Gloria Killian was arrested with the two perpetrators despite her pledge that she had never even met the duo. Due to lack of evidence, the charges against Gloria were eventually dismissed and she was released after 4 months. But not for long... 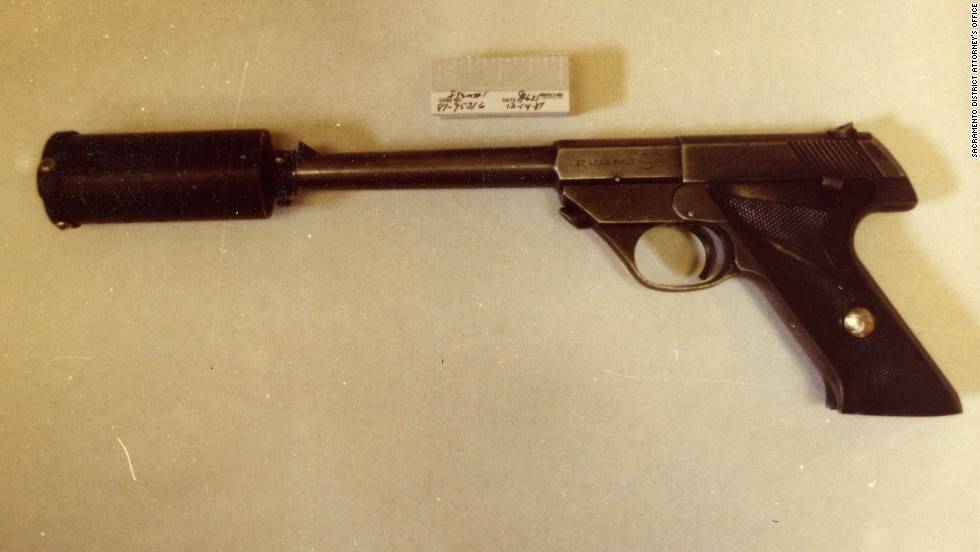 Prosecutors identified this gun as the weapon that killed Ed Davies 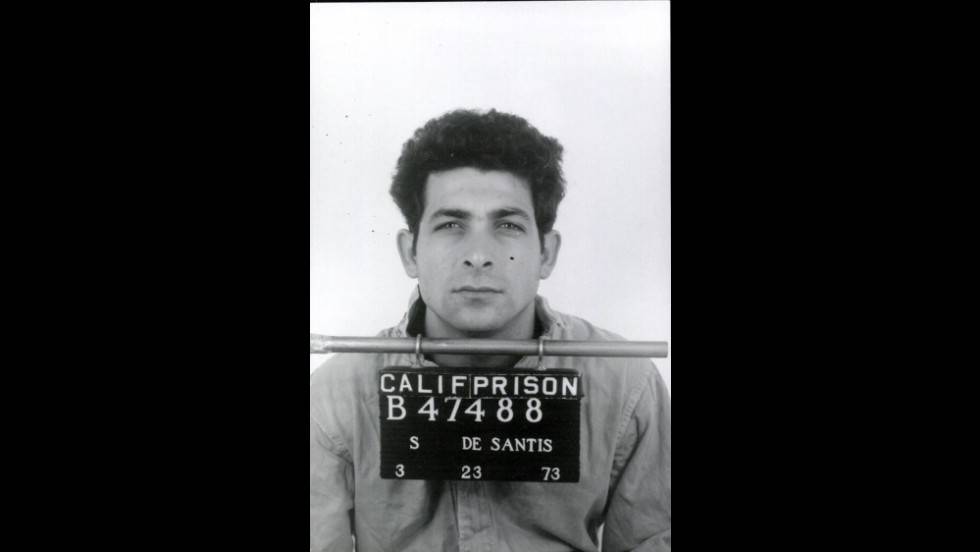 Meanwhile, Masse went on trial at Sacramento County Superior Court, where he was convicted of first-degree murder and sentenced to life in prison. Whilst detained, he contacted the County Sheriff’s Department and made a deal with his prosecutors. They agreed that if he gave further evidence against the accomplices to his crimes, his sentence would be dramatically reduced. Consequently, Gloria was unjustly arrested again without bail and charged with first-degree murder, attempted murder, robbery, burglary and conspiracy to commit robbery. All of which, she had no part of.

Following Masse’s ludicrously false confession, Gloria and DeSantis were both tried. DeSantis offered a glimmer of hope to the 35-year-old by stating that he had never heard of her, but squashed that optimism when denying his own involvement as well. Masse fabricated that Gloria was the mastermind behind the robbery and added that she rang him after the crime to demand her cut of the loot. To make matters worse, the police found Gloria’s trip diary which contained the notes “she always waiting in window” and “don’t approach coin shop,” both of which were jottings from her various daytime jobs. As a tragic result, she was sentenced to 32 years in prison on February 26, 1986. 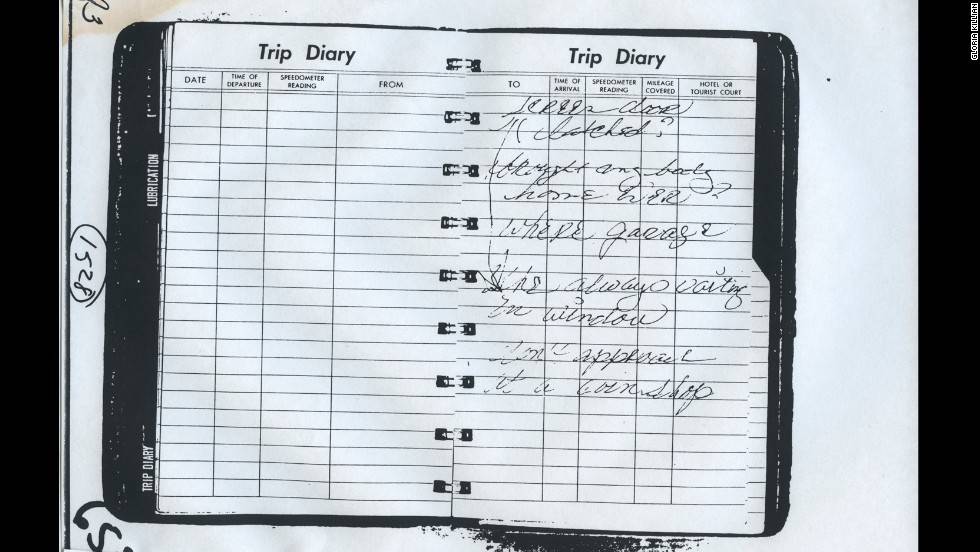 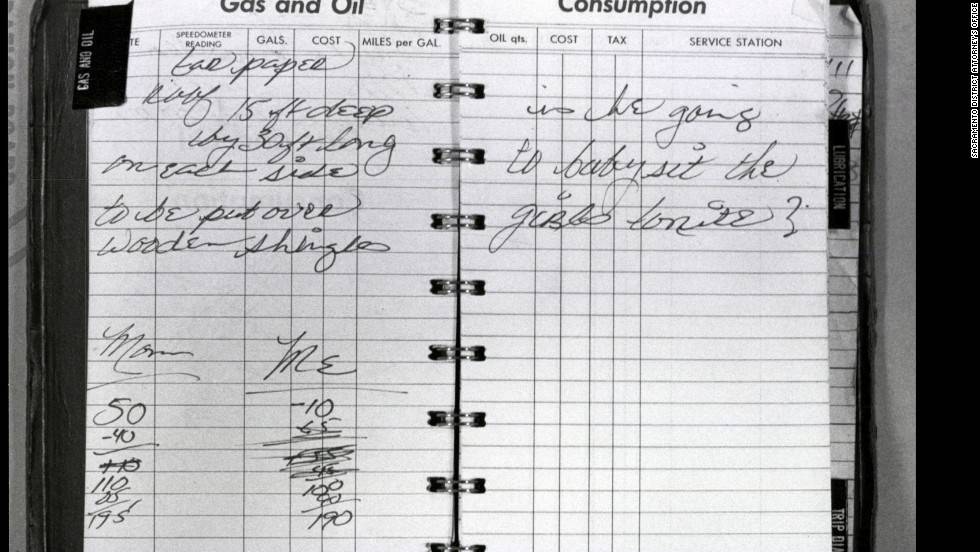 As the years passed in prison, despite her woeful circumstances, Gloria remained admirably spirited and used her law education to help her fellow inmates with legal work. In fact Gloria would spend every day in the library, helping them win their cases, despite her own pleas being rejected.

Her efforts caught the eye of Joyce Ride, a volunteer from a non-profit organisation that helped convicts transition to life in incarceration. After connecting with her over a shared concern for domestic abuse victims, Joyce came to an eventual realisation that Gloria was innocent. Using $100,000 of her own money, she started a private investigation into Gloria’s trial and conviction, uncovering 2 letters from Masse that laid out his plot to frame her. Following a hearing on the petition, the killer admitted to making an arrangement with the prosecution for a sentence reduction and that many of his testimonies were false. Consequently, after nearly 20 years of baseless imprisonment, Gloria was released with all charges dropped against her. 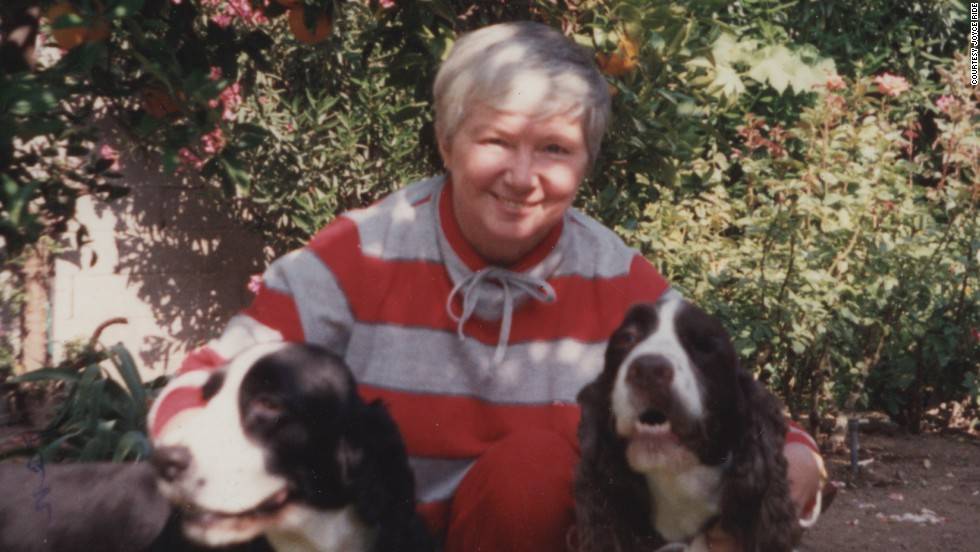 Naturally, the day of her release was a momentous occasion. When Joyce arrived to pick her up from the lockup, she recalled being very emotional when Gloria took her first steps in 17 years as a free woman. As Gloria clambered into the car, they both noticed crowds of inmates waving back at them, celebrating their mentor’s newfound freedom. The pair did a lap of the car park to acknowledge their touching farewell and set off for a long overdue life beyond detainment. Since her release, Gloria has dedicated her life to helping women in incarceration. Founding the advocacy group ‘Action Committee for Women in Prison’ and co-authoring a book ‘Full Circle,’ Gloria has utilised her own injustice to improve countless lives of others, fighting for rehabilitation over punishment for female convicts.

Gloria remains a shining beacon of redemption and humanity to this very day. To rise above her oppression and contribute back to an institution that manipulated her so cruelly is an inner strength that we should all yearn to seek. She was granted a second chance at freedom and is fighting for all women to have the same opportunity.

At LDC we are fascinated by the way in which Gloria subverted the ‘Prisoner’ status through her productive actions in confinement. Through compassion and understanding in a moment of sheer despair, she chose to help others and unintentionally carved a path to her own freedom. With this in mind, we hope that the ‘Prisoner’ scented candle serves as another guiding light in the darkest of times and a reminder that kindness can breed incredible results.