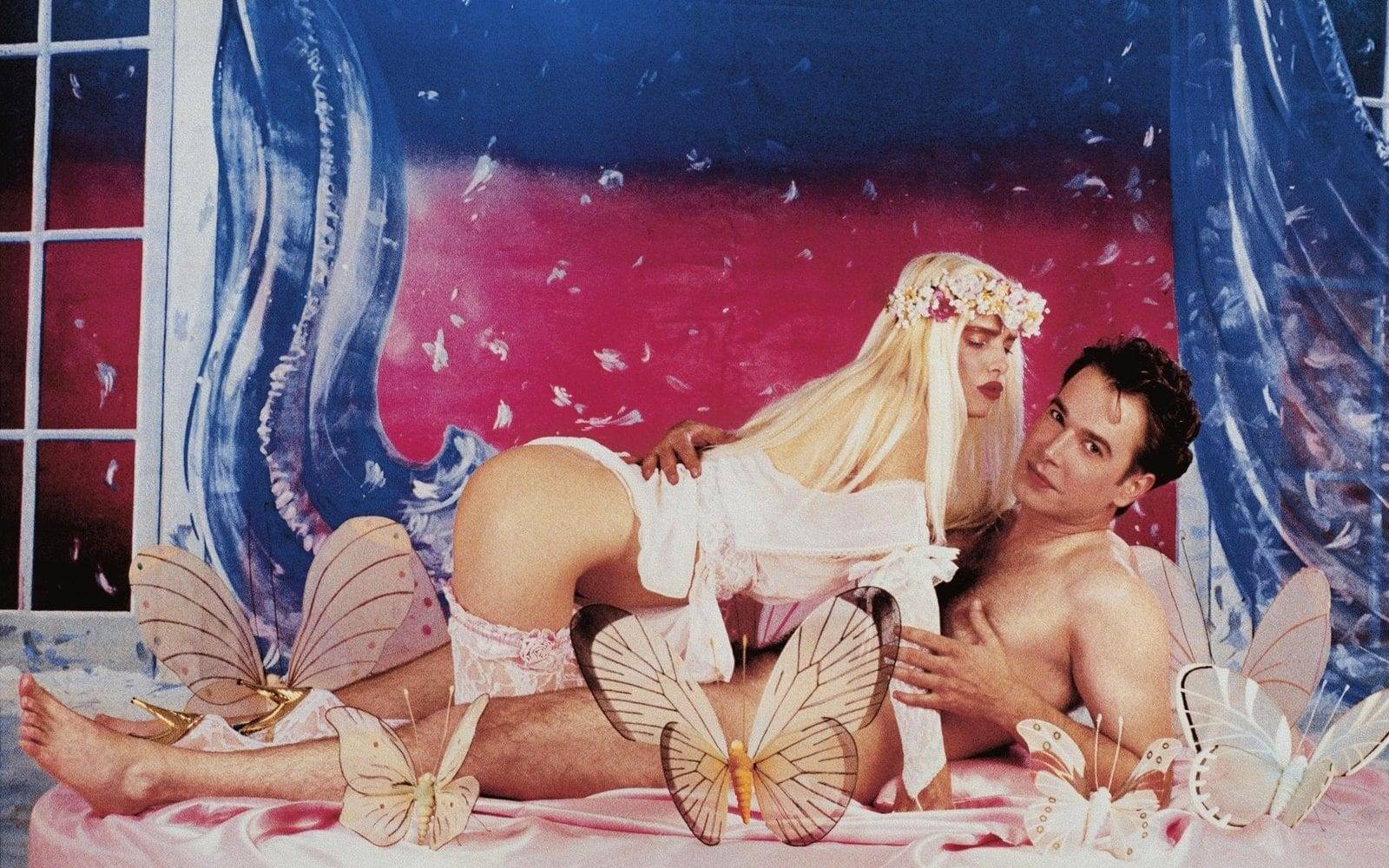 I am available to make love with Saddam Hussein to achieve peace in the Middle East.

Hold on to your candle hats! Because today I am going to be delving into the saucy yet intelligent muse behind my Provocateur Scented Candle - Ilona Staller.

There are many phrases and words to describe this seductive icon, ‘fresh, raw, full of passion & sensuality’ are just a few!

So let’s embark on this journey of scandal, adventure and eroticism…

Disclaimer: This story is not for the prudish

AN ICON IS BORN

Anna Ilona Staller was born on the 26th November 1951 in Budapest, Hungary. Her mother was a midwife and her step-father was an official in the ‘Ministry of the Interior’.

In 1961 Ilona embraced her obvious female attributes and began working for a Hungarian modelling agency called ‘M.T.I’. At around the same time, in her memoirs it is claimed that she provided the Hungarian authorities with information on American diplomats that were staying at a luxury hotel in Budapest, where she worked as a maid in the late 1960’s.

After Ilona became naturalised as an Italian by an ill fated marriage, she met a pornographer called ‘Riccardo Schicci’ in the early 1970s. By 1973 she had found fame with a radio show called ‘Voulez-vous Coucher Avec Moi?’ which translates into ‘Do You Want To Sleep With Me?’ for ‘Radio Luna’. For the duration of her time on that show, Ilona adopted a new name, ‘La Cicciolina’ which in Italian translates to ‘The Little Fleshy One’.

Even though Ilona starred in several films in that decade, she actually made her debut under her OWN name in 1975 with ‘La Liceale’, where the U.S title was ‘The Teasers’. In this debut, she played a lady called ‘Monica’ who was a lesbian classmate of ‘Gloria Guida’. Her first infamous foray into mainstream pornography was in 1978, when Ilona bared her breasts on Italian TV in a show called ‘C’era Due Volte’ (brave!).

In 1987, Ilona starred in a film called ‘Carne Bollente’ (‘The Rise And Fall Of The Roman Empress’). The U.S version co-starred John Holmes. Little did Ilona know, but this film was to become notorious, when her co-star tested positive for HIV. He later died from complications from this disease. Ilona starred in her last pornographic film in 1992.

In 1987, Ilona starred in a film called ‘Carne Bollente’ (‘The Rise And Fall Of The Roman Empress’). The U.S version co-starred John Holmes. Little did Ilona know, but this film was to become notorious, when her co-star tested positive for HIV. He later died from complications from this disease. Ilona starred in her last pornographic film in 1992. 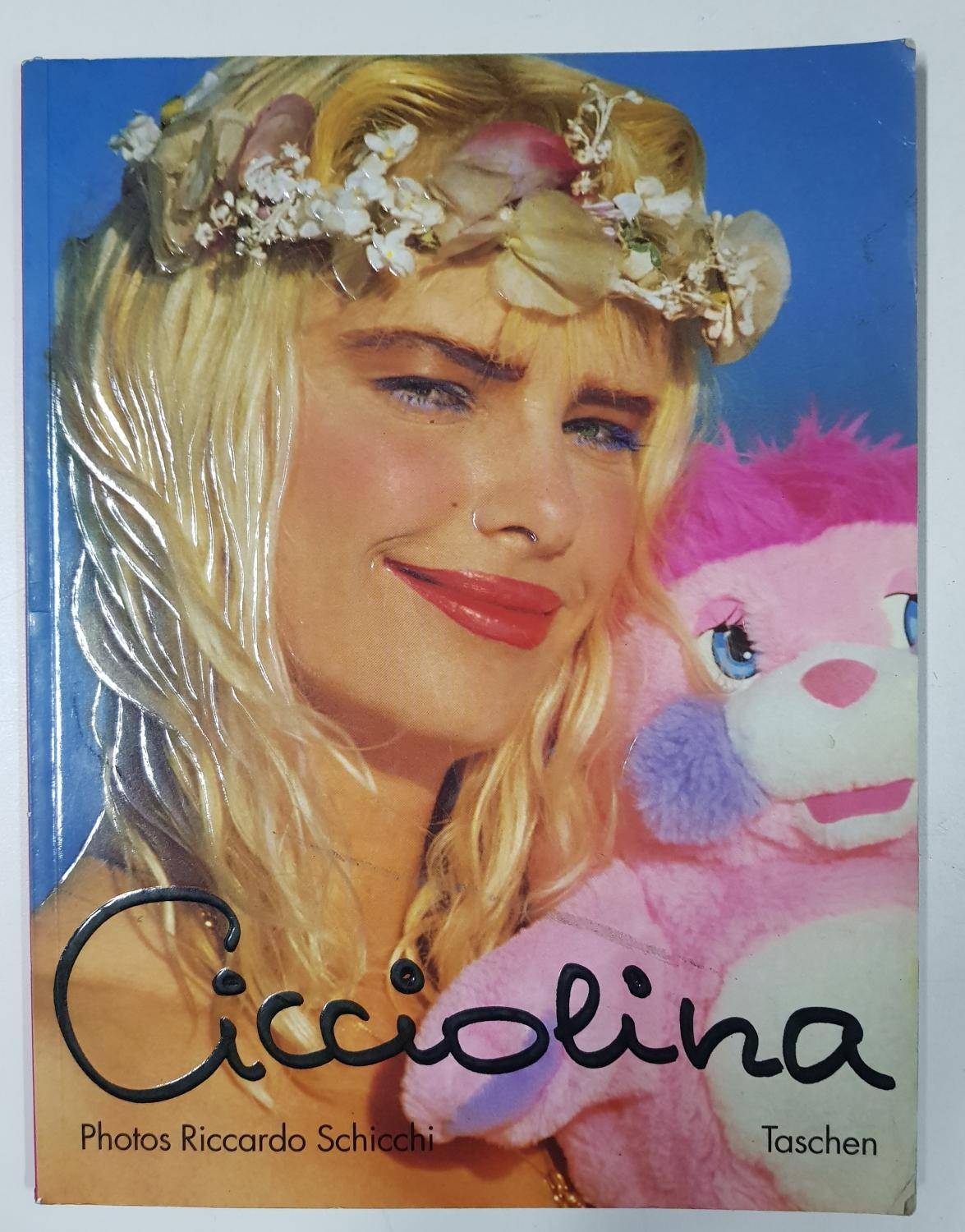 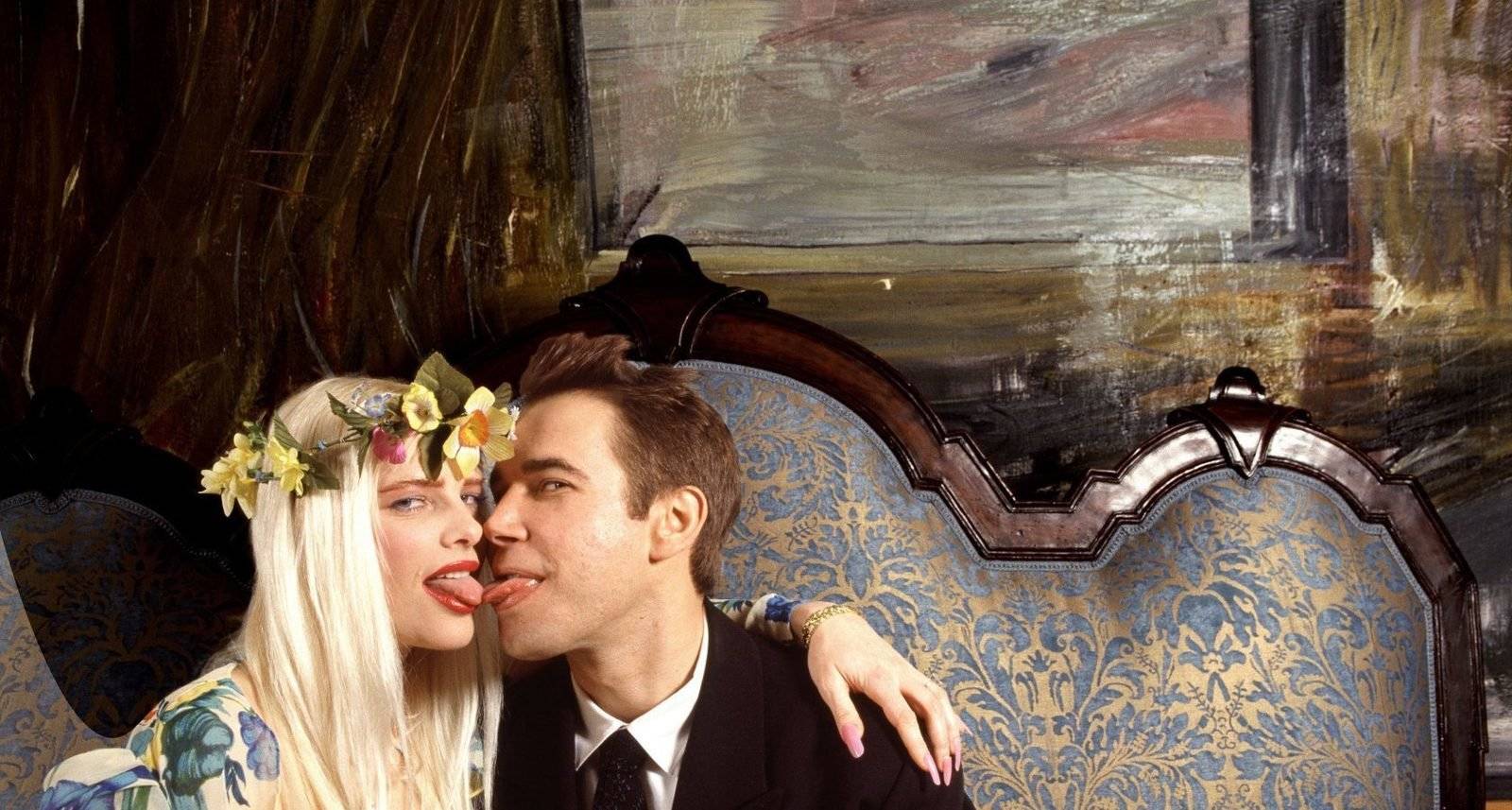 Ilona went on to marry American-sculptor ‘Jeff Koons’ in 1991 (a move that made the art world gasp!) and this is where it gets a little bit… Frisky!

Koons created sculptures and paintings of the couple in their most intimate moments, which became exhibited under the title ‘Made In Heaven’. The totally explicit, pornographic images of the art series hint at a modern and lustful version of the Adam and Eve story.

Koons tried to explain his motivation for the series by saying that it came from his observation of human behaviours. Koons felt that too often the human body is perceived as being connected with shame and guilt, so he wanted to celebrate the acceptance of the naked human body and it’s place in art and history. This justification fell on deaf ears and the controversy  around the artwork continued . It led to Koons destroying some of the pieces in the series as Ilona agreed that they were too pornographic… Isn’t it ironic? 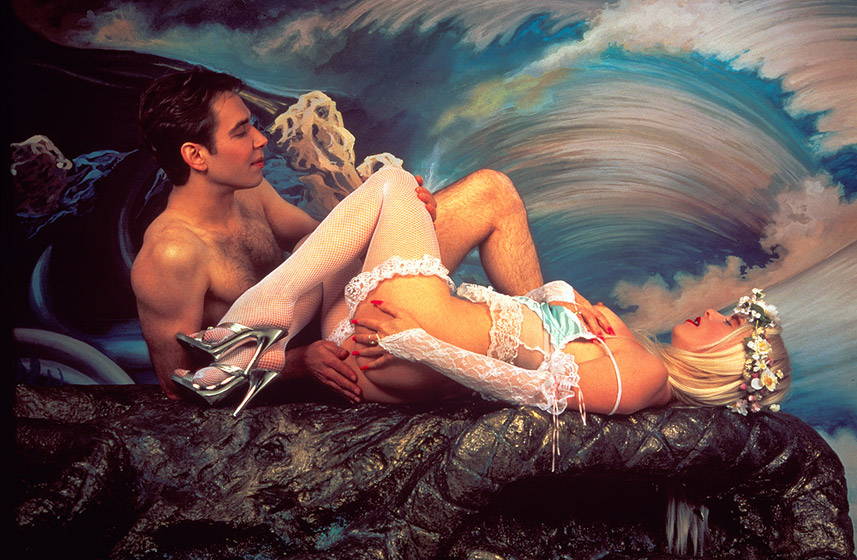 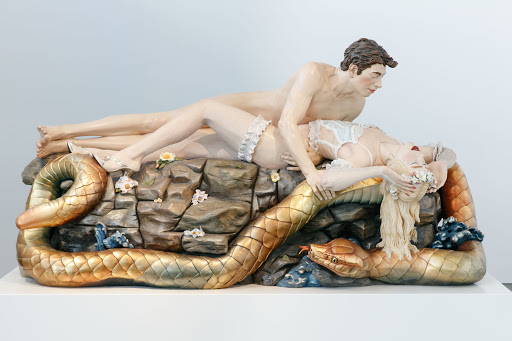 The marriage between Ilona and Koons was not to last and it deteriorated and broke down in 1992. However, they produced a son, Ludwig shortly after. Ilona fled to the U.S with their child but found herself in a lengthy custody battle. Although Koons won the custody battle in 1998, Ludwig stayed with Ilona in Italy and in 2008, Ilona filed a lawsuit against Koons as she claimed he failed to pay child support. 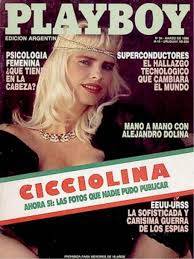 In addition to working with Koons, Ilona also graced the front cover of many ‘Playboy’ magazines and even starred on the Argentinean version of ‘Dancing With The Stars’. Sadly, Ilona had to withdraw from the show after she broke a rib during rehearsals.

In addition to working with Koons, Ilona also graced the front cover of many ‘Playboy’ magazines and even starred on the Argentinean version of ‘Dancing With The Stars’. Sadly, Ilona had to withdraw from the show after she broke a rib during rehearsals. 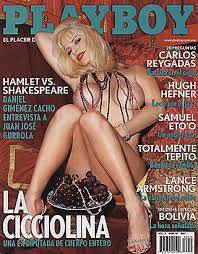 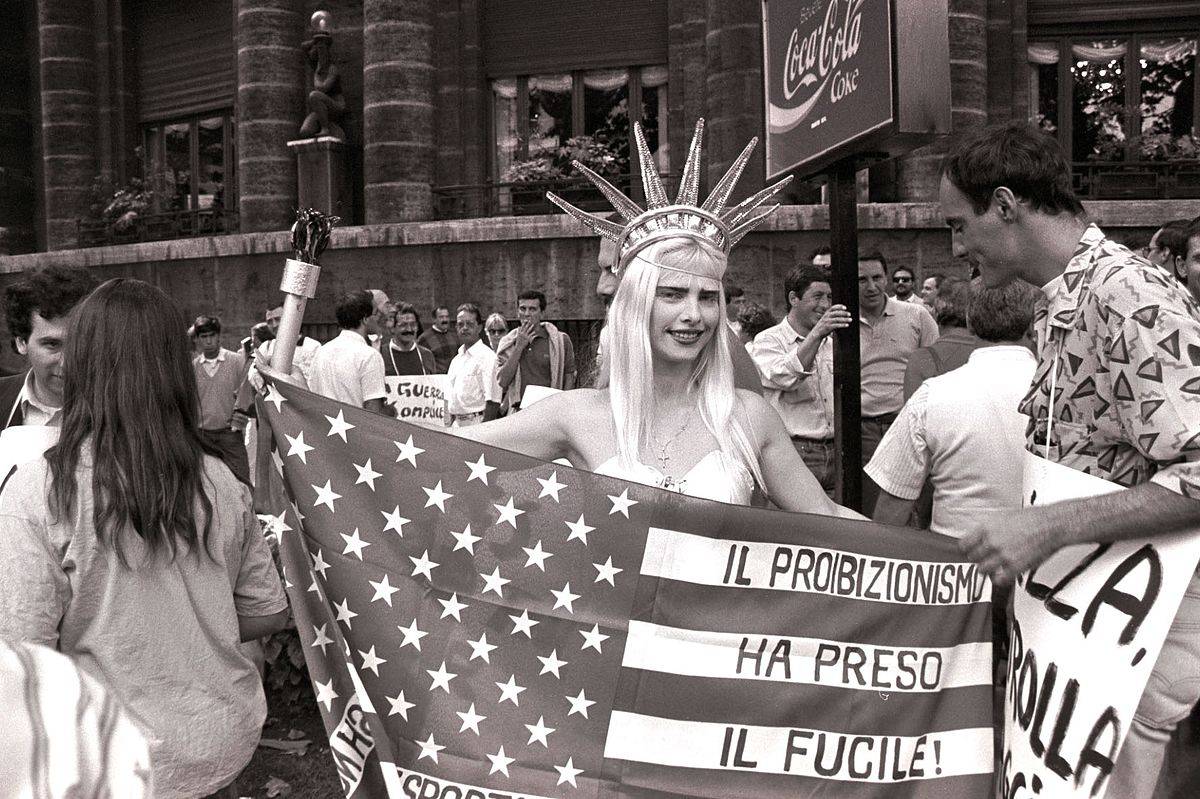 In 1979, Ilona found herself being put forward as a candidate for the Italian version of the ‘Green Party’. Later, in 1985, Ilona threw her weight behind the campaign which was for ‘NATO Membership’, human rights and the fight against world hunger. With 20,000 votes, Ilona was elected into the Italian Parliament representing the ‘Lazio’ district of Rome. During this election, Ilona received the second-highest number of votes, but she failed to become re-elected at the end of her term.

Quite surprising to some, Ilona still remains active in politics where she campaigns for a safer future without the use of nuclear energy and absolute sexual freedom, which includes the right to sex in prisons. She fights against all forms of violence, the death penalty and the use of animals for fur or scientific experimentation. She also believes in a liberal agenda which includes the decriminalisation of drug use, limitation of censorship, sex education in schools and better resources to educate the population about AIDS.

Ilona began exploring the possibility of campaigning in her homeland, Hungary in January 2002. She wished to represent Budapest’s industrial Kőbánya district in the Hungarian parliament. However, she failed to gather enough signatures for her petition for a non-partisan candidacy. Also in 2002, Ilona stood in local elections in Monza, Italy, where she promised to convert an iconic building into a gambling casino. Again, her cause was poorly supported. In 2004 Ilona announced that she was actually going to run for Mayor of Milan using the same principles and causes. During the course of her political career, she made several offers to sleep with prominent figures, such as Saddam Hussein and Osama bin Laden to achieve Italy’s aims.

ALL OF THAT & A MUSIC CAREER TOO

The most famous song of Ilona’s is called ‘Muscolo Rosso’ which is a song entirely dedicated to ‘Il Cazzo’ which means ‘the prick’ in Italian. Due to its use of profanities, it couldn't be released in Italy. It did however become a hit in other countries… Especially France. This is possibly because the French didn’t grasp the true meaning of the lyrics! (Oops!)

The song gained something of a cult following online when many Italian speakers could hear the song for the first time. Ilona released recordings of songs in many countries - a testament to her world-wide popularity. Thanks to her gay-icon status & the raunchy cover artwork, her records even became collector’s items! 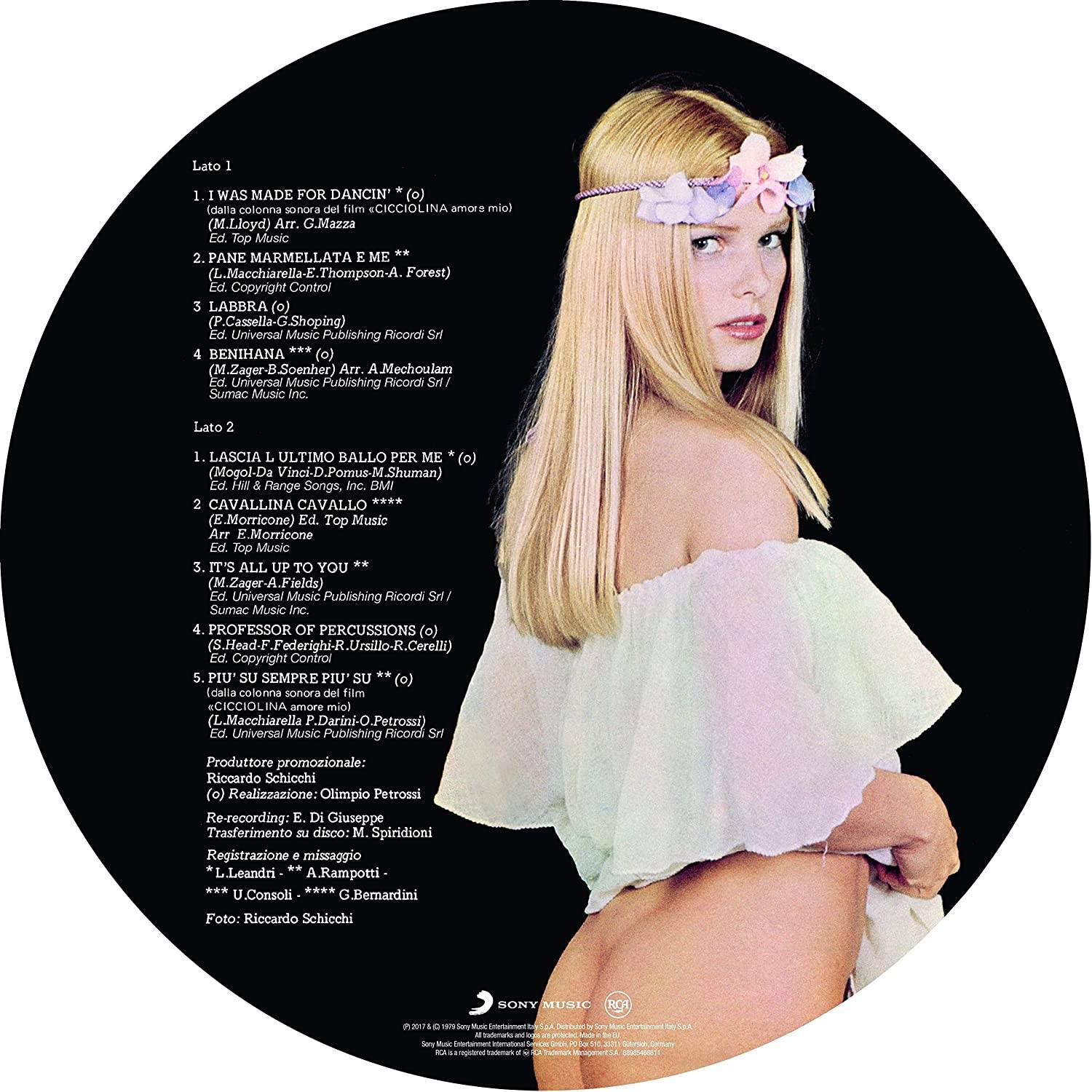 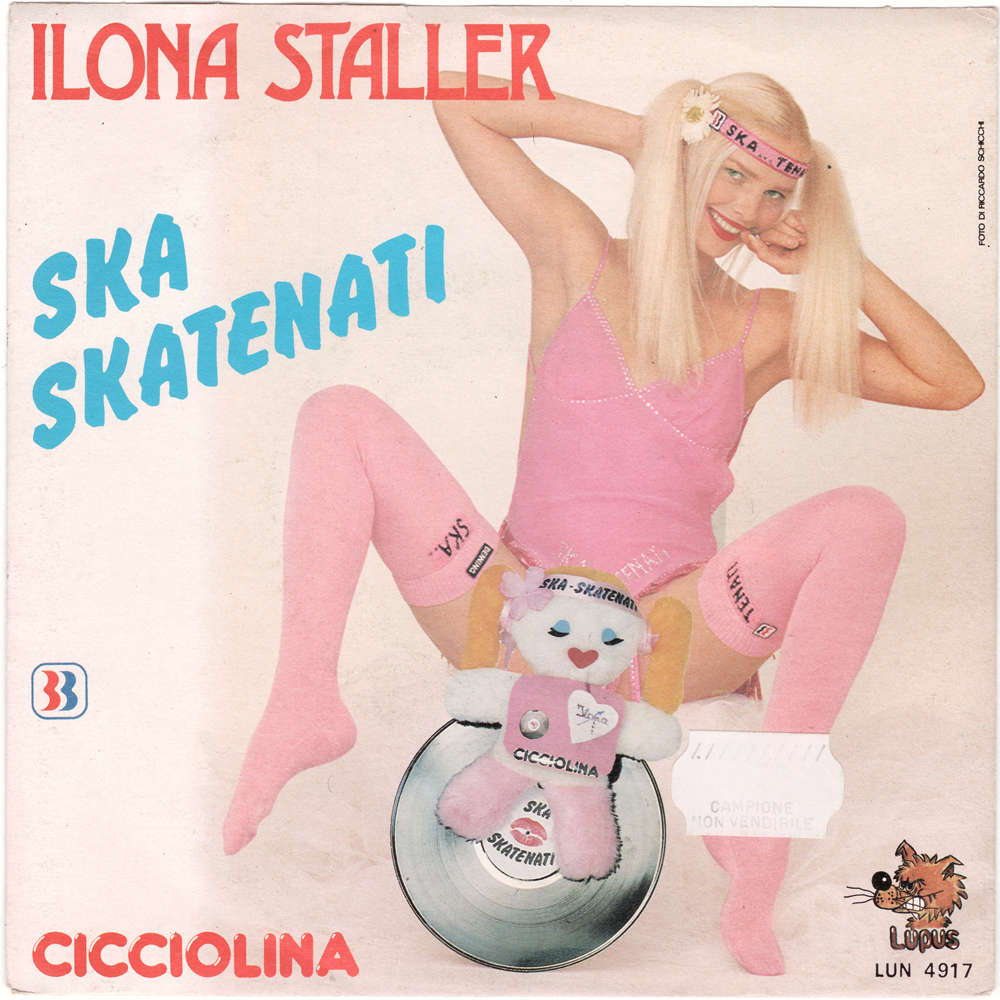 Ilona’s story may be a tricky one to swallow (ahem) but theres no denying that she is a brazen force who lived life on her own terms. I for one admire her gumption, she cast aside worries about the opinions of others and made a difference using her unique set of assets & skills.

Yep, she is most certainly unconventional, but wouldn’t life be dull without the Ilona’s of the world.