Celebrating the Muses, Misfits & Rebels lies at the heart of everything we do at Lauren Dickinson Clarke. We believe in telling the untold stories of the brave & beguiling women who have inspired & motivated the creative process. Some of these women were even catalysts behind entire cultural movements and deserve huge recognition on the arty walls of fame.

Now a newfound freedom is nearly upon us, and we thought we would celebrate by taking you to the origins of the Muse, an integral influence of our scented candles. Where did the concept of the muse start? Who were the first known Muses?

To reveal all of this, we will be sweeping you into the fascinating realm of Greek mythology.

Popularized by the ancient Greek poet Hesiod, the nine Muses were known as goddesses that ruled over science, literature and the arts. Daughters of the mighty Zeus and Mnemosyne, each goddess embodied a single artistic trait that characterized her existence, often sporting a prop that best represented it. They were once believed to reside on Mount Olympus, entertaining the other gods with their remarkable wonders.

The muses have been depicted in countless paintings, sculptures, literature, poetry and songs, inspiring thousands of artists to strive to their ideal. They are mythic symbols of creativity and imagination that provoked masses of artistic creations in their time. Yet like so many of our other Muses at LDC, these women defied expected convention. They were uninterested with the mundane chores of normal life and strived for expressive rebellion, encouraging others to follow their own creative paths as well.

With our candles paying homage to these iconic goddesses, it’s time to delve into each muse and discover what makes them so elusive & inspiring.

As the muse of epic poetry and goddess of eloquence, Calliope is widely regarded as the superior muse. Acting as a regular assistant to Kings and Princes to impose tranquillity, she remains the wisest of her family and probably the most frustratingly sensible sister. As the protector of heroic poems and rhetoric art, it seems fitting that her name means “beautiful-voiced” from the Greek words kallos and ops.

Calliope was also said to be the muse who bestowed the gift of eloquence about mortal kings, coming to them when they were a baby, and anointing their lips in honey. 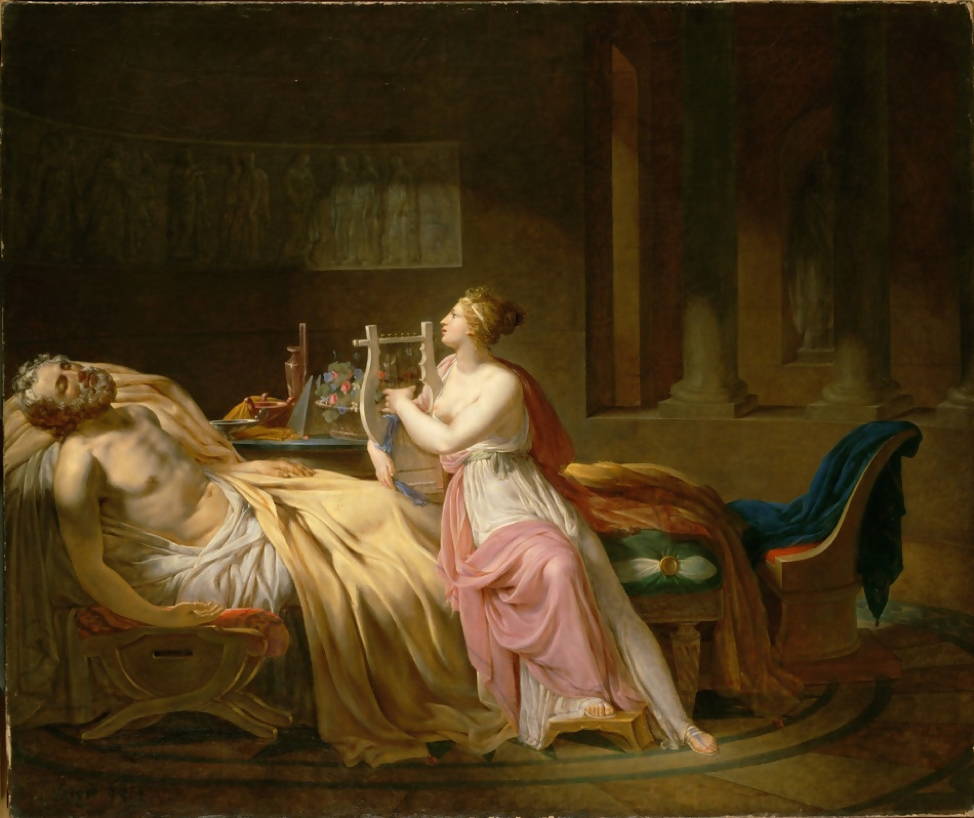 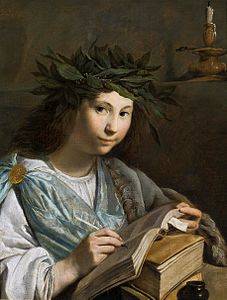 Clio was the muse of history and, ironically, remains one of the least documented goddesses. Sources tell of Clio being a mother to the minor god Hymenaeus (a god associated with weddings) and was always represented with a clarion in her right arm and a book in the other. Many brands have capitalized on her connotations with great deeds and accomplishments, such as the Clio Awards for Excellence in advertising and the Clio History Society at Cambridge university 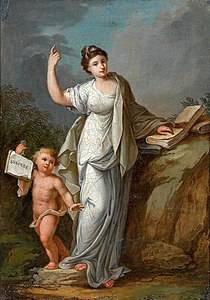 Clio was the muse of history and, ironically, remains one of the least documented goddesses. Sources tell of Clio being a mother to the minor god Hymenaeus (a god associated with weddings) and was always represented with a clarion in her right arm and a book in the other. Many brands have capitalized on her connotations with great deeds and accomplishments, such as the Clio Awards for Excellence in advertising and the Clio History Society at Cambridge university. 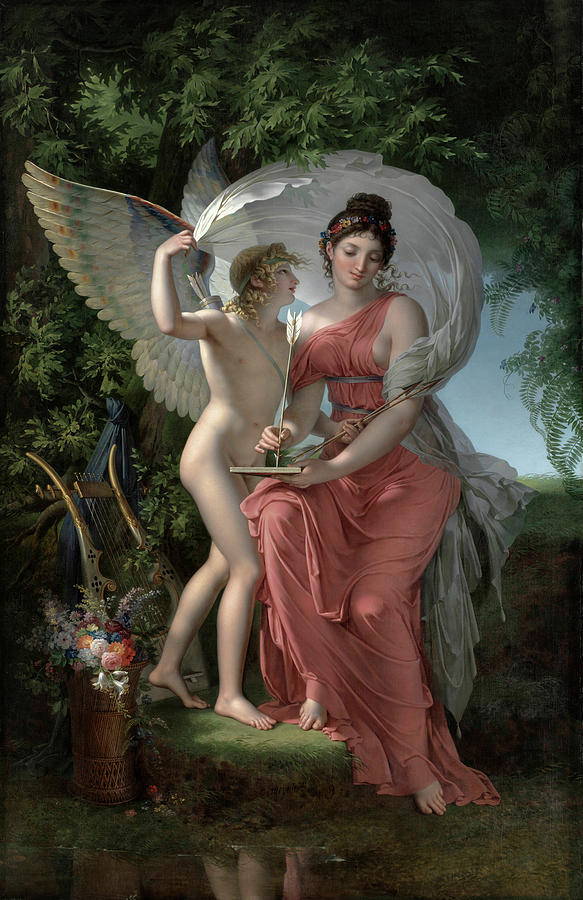 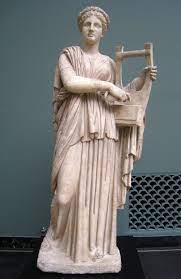 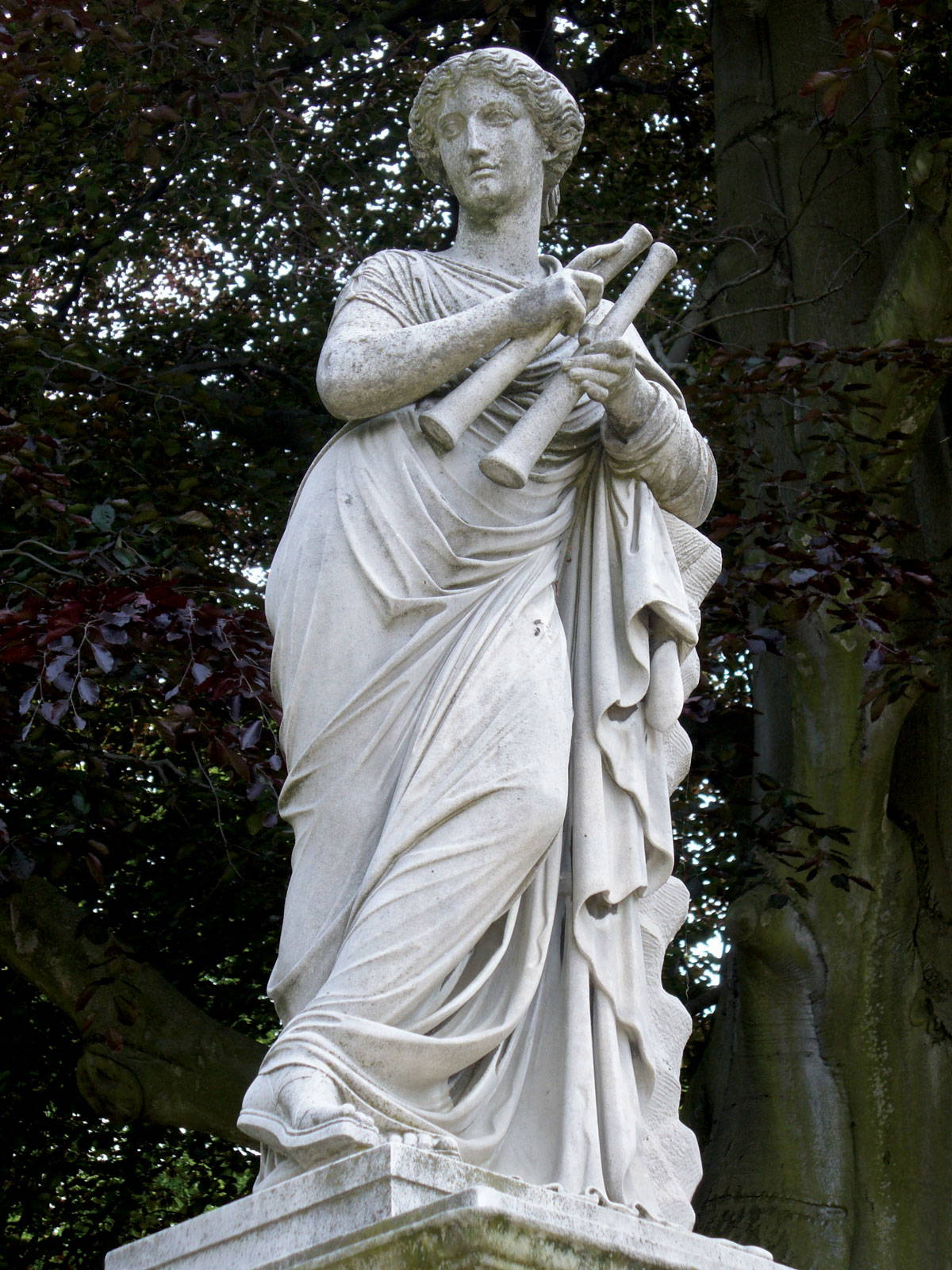 Euterpe was the muse of music and discovered several musical instruments and courses. She was a large source of entertainment on Mount Olympus and an enormous inspiration to the poets and authors of Ancient Greece.  She is usually represented playing the aulos (double flute) with many instruments around her, much like the Stevie Wonder of Greek Mythology. 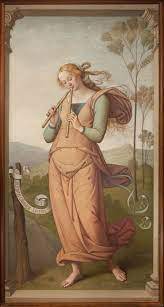 Melpomene was the protector of tragedy and was an inspiration when creating beautiful lyrical phrases. Starting life as the muse of singing, her characterisation is thought to have altered when the Greeks invented theatre and began to perform tragic plays. She is always pictured donning the mask and boots of a tragic actor. 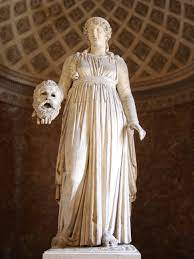 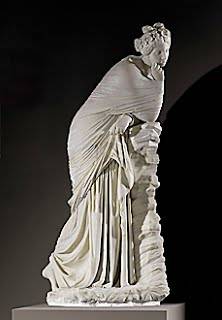 This muse was that of sacred poetry, hymns and eloquence. Whilst Polyhymnia was the youngest of the nine sisters, she was in fact very serious and a deep thinker. Often wearing a black cloak and holding a finger to her mouth in meditation, one would assume that she wasn’t too popular at parties. That said, she was also known to sing to the gods in praise and introduced many Greek citizens to theatre. 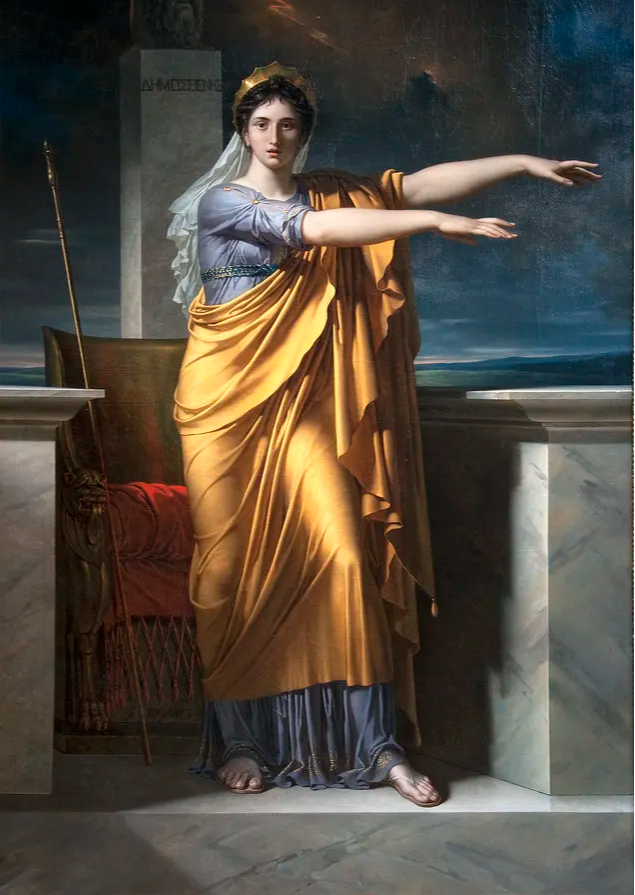 As the muse of dancing and choral song, it is natural that Terpsichore’s name translates to “delighting in dance” from the Greek words terpsis and khoros. She is regularly portrayed sitting down and playing music from a harp-like instrument called a lyre with laurels on her head. Terpsichore is not known to be evil herself but did birth the Sirens, one of the most dangerous creatures in all of Greek mythology. The goddess of dance but not parenting. 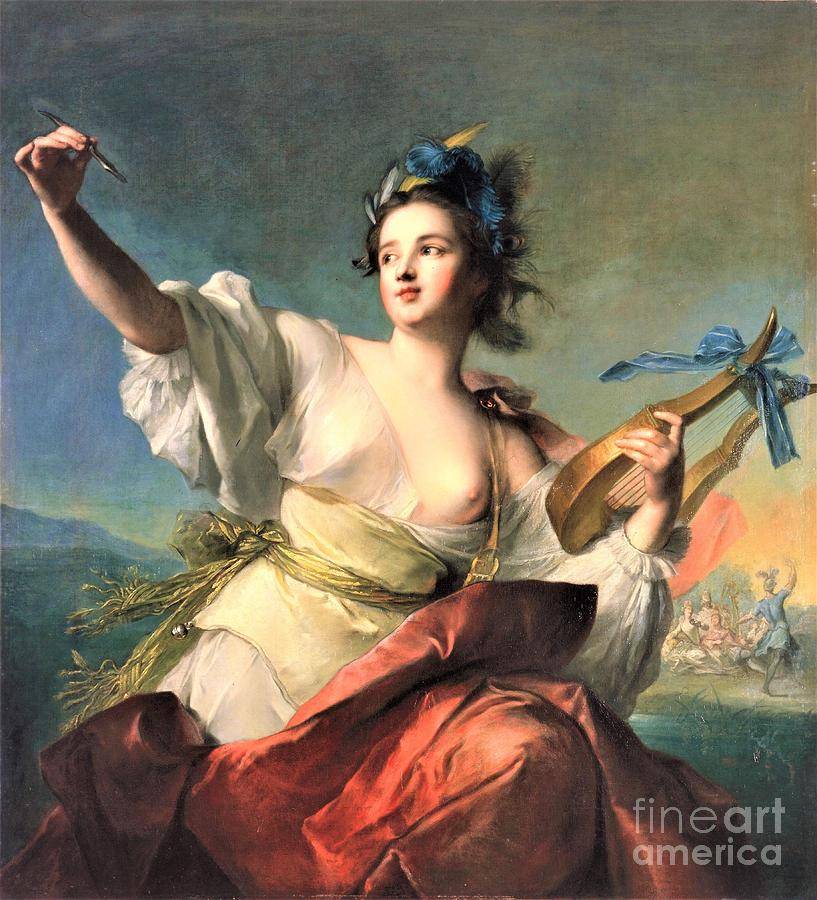 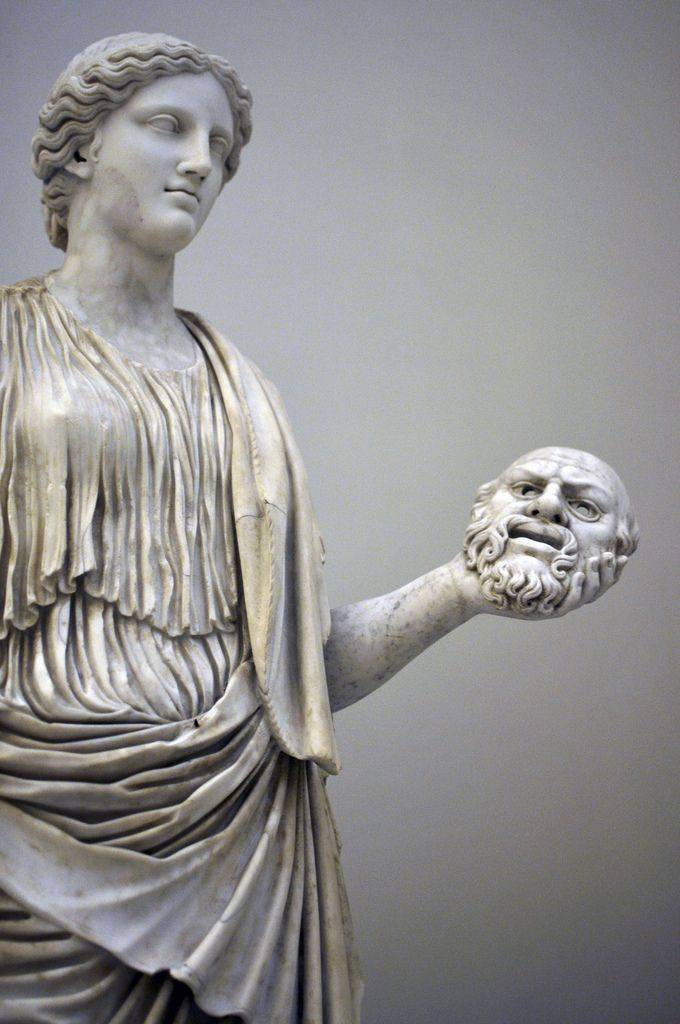 Thalia was the muse of comedy and idyllic poetry, often garbed in an ivy wreath whilst carrying a shepherd’s crook. This young and light-hearted goddess was the patron of all comedy plays, with many dramatists praying for her inspiration before writing a piece. Boasting a joyful and exuberant personality, this goddess was a huge contribution to the development of fine arts in Ancient Greece, and we bet she was an absolute hoot. 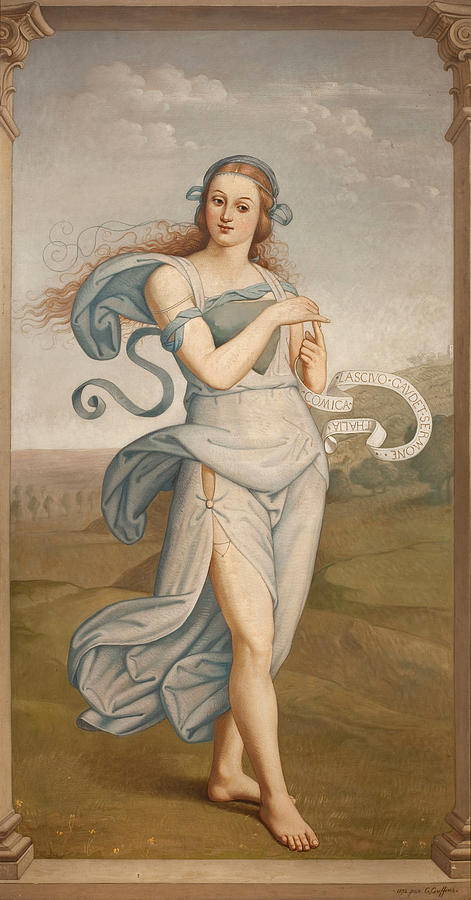 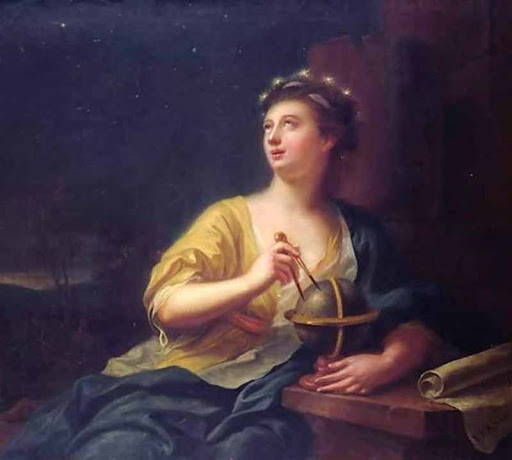 As the muse of astronomy and astronomical writings, Urania was the protector of all things celestial. She would inspire the Greeks in scholarly and artistic endeavours, encouraging them to contemplate their own place within the wider cosmos. Fitted in a cloak embroidered with stars, Urania is always depicted holding a globe. It was said that she had the ability to tell the future by the arrangement of the stars, but she already knew that.

These diverse and iconic muses are the inspirational seeds behind LDC’s Moody Muse candles. Like the candles, each goddess celebrates an individual essence and unique way of being.  At LDC we hope that these muses are not misunderstood as ideal gods to mimic but instead encouragements to follow your own creative desires.

With all of our candles featuring natural wax and fine bone china, we hope to achieve the same standard of quality and excellence that each of the muses embodied so radiantly. But perhaps more importantly, we hope to transport you to the same realm of imagination and innovation that these remarkable women gave rise to.

The Making of The Prisoner